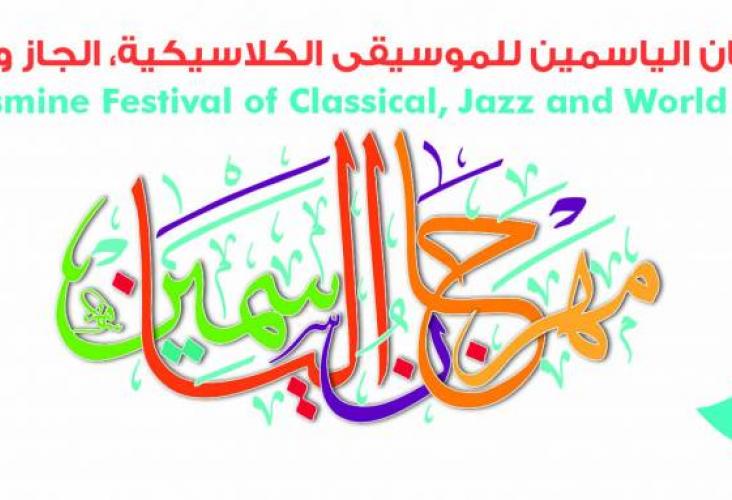 The Jasmine Festival is an annual festival that has been primarily hosted in Ramallah since the spring of 2011, with concerts also held in several other Palestinian towns and cities such as Bethlehem, Nablus, Shafamer, Jerusalem and Hebron, as well as the occupied Syrian Golan Heights. The festival, which revolves around Classical, Jazz, and World music, is an integral part of the ESNCM mission to promote music in Palestinian society in its different genres and forms. The Jasmine Festival brings together Palestinian and international musicians to share their experiences and music, and introduce their music to the Palestinian public. As well as the concerts, the Jasmine Festival also provides opportunities for ESNCM students to attend workshops, masterclasses and lectures given by the visiting musicians. 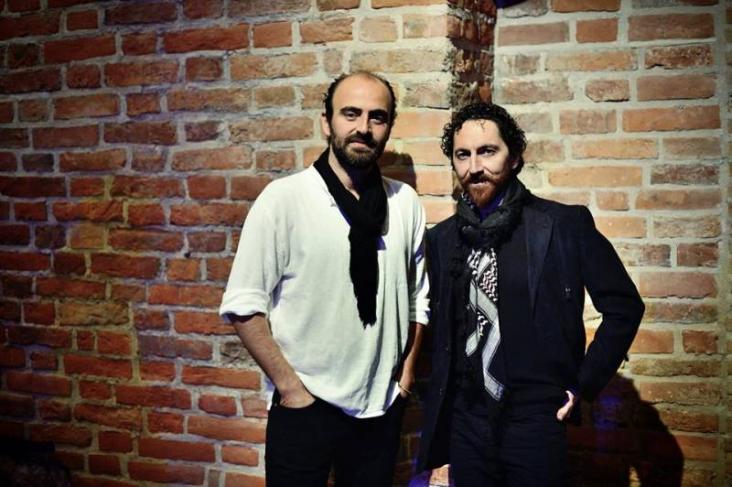 A 60-minute audio-visual performance, Home Within is the newest project of Syrian composer and clarinetist, Kinan Azmeh, and Syrian-Armenian visual artist, Kevork Mourad.

In this work, art and music develop in counterpoint to each other, creating an impressionistic reflection on the Syrian revolution and its aftermath. Rather than following a narrative, the artists document specific moments in Syria’s recent history and reach into their emotional content in a semi-abstract way. The cornerstone of the project was the single sound-image piece, “a sad morning, every morning,” released in March 2012.

Home Within has been touring North America and Europe in efforts to raise awareness and funds for Syrian Refugees through a number of charitable organizations.

Hailed as “intensely soulful,” “a virtuoso” by The New York Times and as “spellbinding” by The New Yorker, Kinan Azmeh is one of Syria’s rising stars. With his utterly distinctive, “incredibly rich sound” (as the CBC referred to it), he is equally at home in many different
musical genres, and in the open, fertile spaces between them. His work seamlessly intertwines Western with Eastern styles, classical training with improvisational finesse.

Born in Damascus, Kinan was the first Arab to win the Premier Prize at the 1997 Nicolai Rubinstein International Competition in Moscow. He is a graduate of New York’s Juilliard School and the Damascus High Institute of Music. In 2013, Kinan earned his Doctorate
Degree in Music from the City University of New York. Kinan has appeared worldwide as a soloist, composer and improviser with highly acclaimed orchestras and musicians from around the world.

Kevork Mourad was born in 1970 in Syria. He received his MFA from the Yerevan Institute of Fine Arts in Armenia, and he now lives and works in New York. Six of his pieces are in permanent residency at the Gyumri Museum in Armenia, and several more at the Armenian Library and Museum of America in Watertown, Massachusetts. As part of group shows, his works were exhibited at the NYU Small Works Gallery in 2005 and 2007, and his digital piece, The Map of Future Movements, toured as part of a group exhibition in Jerusalem and Ramallah, and was featured in the 2010 Liverpool Biennial.

He has had solo exhibitions at Gallery Z in Providence, RI and at JK Gallery in Los Angeles. He is represented in the Middle East by Rafia Gallery in Damascus, Syria, where he exhibited in 2009. His solo show was also exhibited at the Courtyard Gallery in Dubai in 2010. Five of his pieces are in the permanent collection on the 70th floor of the Bourj Khalife in Dubai. He has had work auctioned twice at Christie’s Dubai.

With his technique of spontaneous painting, he has collaborated with many world-class musicians. As a teaching artist with the Silk Road Project, he has worked with public school students throughout the five boroughs of New York. 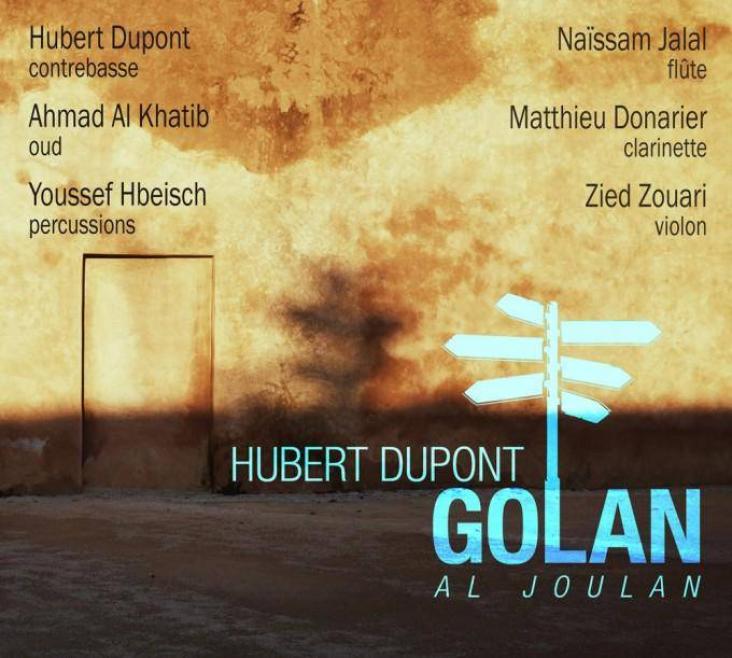 In 2013, Ahmad Al-Khatib and Youssef Hbeisch invited Hubert for a big concert in the Paris “Institut du Monde Arabe” and from that “Sabil Trio” was born. More concerts followed in Palestine, France, and Finland.Beyond the differences, they have a common passion for odd

time metrics and motifs, for the expressive strength of maqâms and modes in general, and for sharing improvisation.

In this new ensemble, Ahmad and Youssef, as well as three more instrumentalists (flute: Naissam Jalal; clarinet: Matthieu Donarier; violon: Zied Zouari), join Hubert to bring a new program of original compositions. Hubert Dupont’s musical language is getting more unique
and singular, while he exchanges with some of the most creative musicians in the Arab world, combining a high level of interaction possibilities, and a rich palette of tones, to play the orchestra as an instrument.

A French composer and improviser - a jazzman in his own way - and fine oriental players, are learning from each other, and creating their common language for an intense dialogue on the stage. 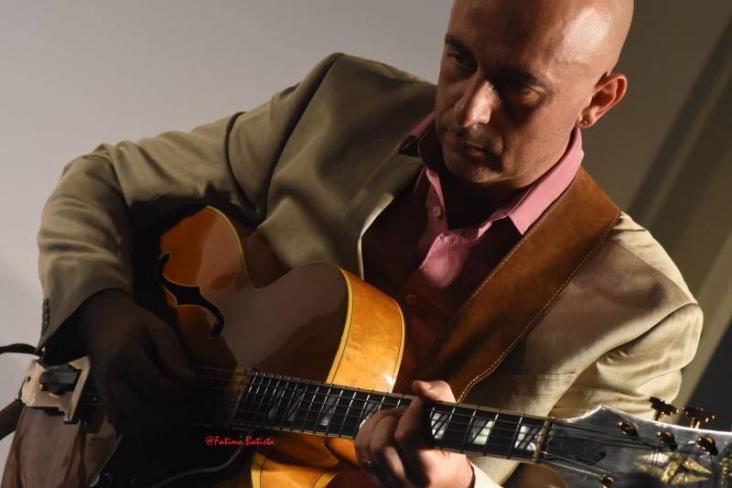 Improvisation and spontaneity are the concepts that best describe Alessio Menconi’s Solo Concert and every evening something new is happening with one of best talented guitarists in Europe.

Alessio Menconi won the award as “Best Soloist” in Gran Prix du Jazz and in 1993 he won “Eddie Lang” contest, the most important competition for guitarists in Italy, winning the first prize as best Italian jazz guitarist. He toured in Europe, Asia, Africa, North, South and
Central America and recorded in over 40 cds with several international musicians. In 2003, he participated as the only Italian to the cd “Voodoo crossing - a tribute to Jimi Hendrix” with Robben Ford, Steve Lukather, Hiram Bullock, Larry Corryell and many others. He did tours in Italian embassies in India, Zambia, South Africa, Brazil, Nicaragua, Guatemala, El Salvador and Ecuador.

Today he teaches jazz guitar and jazz ensemble in the conservatory of Genoa and La Spezia. He received the “Jazz Lighthouse” career award in 2009. IIn 2011 he was selected as the only Italian in a CD compilation of world best jazz guitarist. In 2014 his CD “Sketches of Miles” was included in 100 best jazz records of the year in “Jazz It” magazine”. 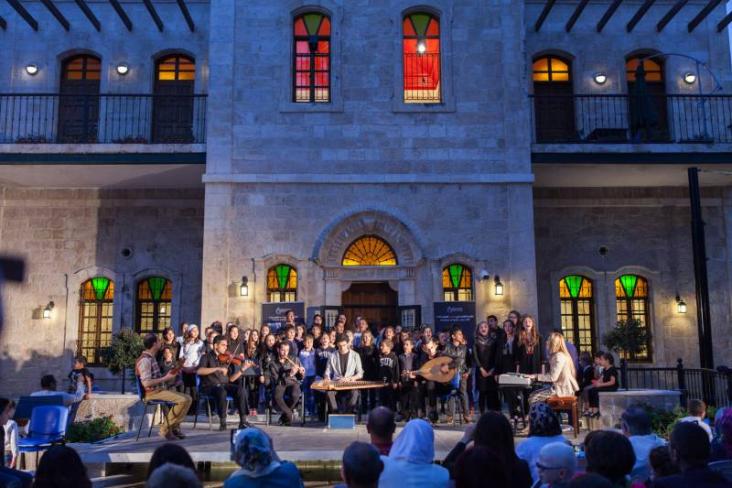 This group of Palestinian and Danish musicians came together to share their love of music, they worked together as a group in order to fuse between Danish and Palestinian music, to introduce a new style that reflects the cultural heritage for both countries.

This program was created last year through many workshops held in Denmark between the musicians, the group performed numerous shows that were widely acclaimed by the Danish audience and the Arab community in Denmark. These performances fall within “The Integration of Music” project, which is implemented by the Danish House in Palestine in collaboration with the Edward Said National Conservatory of music in Jerusalem and the Royal Academy for Music in Aarhus, Denmark. 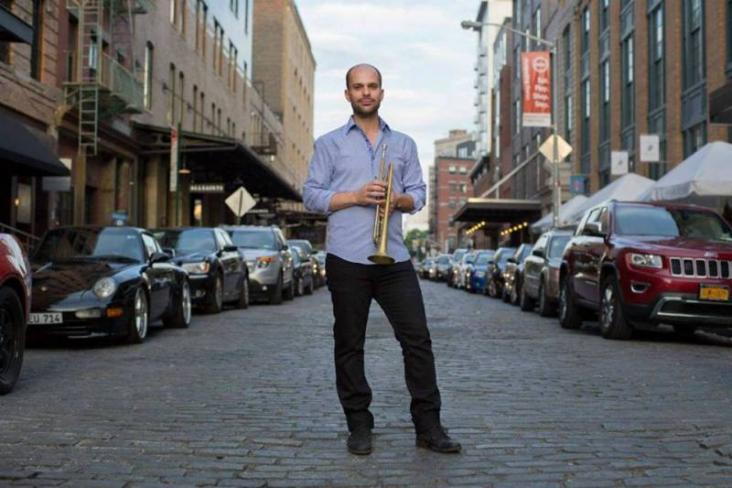 Trumpeter, santur player, vocalist, and composer Amir ElSaffar has distinguished himself with a mastery of diverse musical traditions and a singular approach to combining Middle Eastern musical languages with jazz and other styles of contemporary music. A recipient of

the 2013 Doris Duke Performing Artist Award, ElSaffar has been described as “uniquely poised to reconcile jazz and Arabic music without doing either harm,” (the Wire) and “one of the most promising figures in jazz today” (Chicago Tribune).

ElSaffar is an expert trumpeter with a classical background, conversant not only in the language of contemporary jazz, but has created techniques to play microtones and ornaments idiomatic to Arabic music that are not typically heard on the trumpet. Additionally, he is a
purveyor of the centuries old, now endangered, Iraqi maqam tradition, which he performs actively as a vocalist and santur player. As a composer, ElSaffar has used the microtones found in Iraqi maqam music to create an innovative approach to harmony and melody.

Described as “an imaginative bandleader, expanding the vocabulary of the trumpet and at the same time the modern jazz ensemble,” (All About Jazz), ElSaffar is an important voice in an age of crosscultural music making. 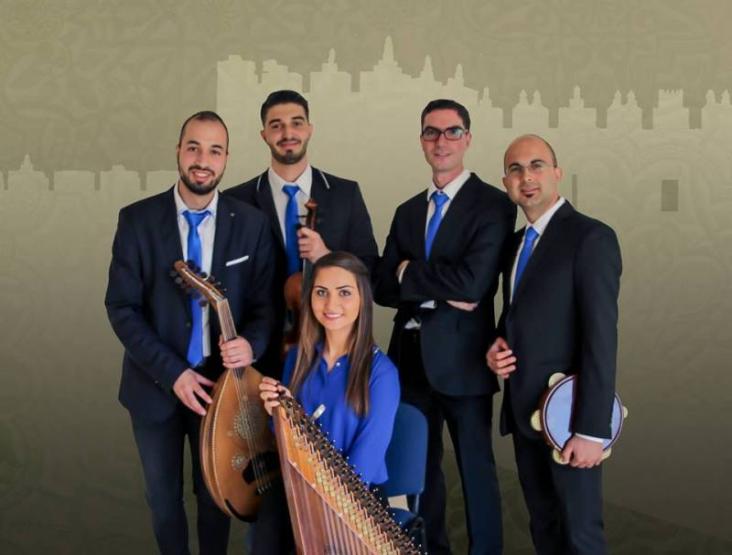 Mazaj is a Palestinian band that was established by a group of Jerusalemite youth in 2014.

Its artistic production mixes between Arabic and Western classical music, and its melodies are arranged by merging these two musical styles in one unique frame that reflects a new artistic reality which is a vibrant extension of civilizations that left a cultural and musical impact on Palestine centuries ago. The music is composed and arranged collectively by the members and founders of the ensemble. The ensemble’s premiere performances were in the “Layali Al-Tarab” Arabic music festival and the Jerusalem Youth Summit in 2015. Mazaj is inspired by the distinctive humanitarian circumstances; its music derives from the agony of the daily Palestinian sufferings, nonetheless, they instill confidence of a better future full of hope. This is reflected on the creative melodies using a unique Jerusalemite accent symbolizing the majestic Jerusalem walls, and the holiness and sacred shrines. “Music speaks louder than words”: when the language of speech breaks down, music becomes the food for the renewable soul in search for truth, life and peace. And when night settles in its tranquility, dreams and aspirations seek shelter. This is exactly the place Mazaj wants to be in and aspires to achieve.

The Respighi Piano Trio originated in 2011. All three players are Italian established solo and chamber artists in their own right. They share a common background of origin, studies and interests, and they bring years of concert experience and new excitement to their concert

programs. The trio’s repertoire includes pieces of composers from the early classics to the 20th century, with a strong presence of Italian repertoire, also in the form of transcriptions of opera arias and overtures. The ensemble also plays contemporary Italian composers, to enrich their repertoire.

"Band” was created when a group of musician friends wanted to explore the beauty of creating music together. Their repertoire mixes contemporary Western music forms such as Electronic, Rock, Jazz, and Funk along with Arabic music, while maintaining an important space for improvisation.

In this concert, the band will present a number of songs and compositions by Tareq Abboushi and Mai Mourad, as well as unique rearrangements of Arabic songs.

Opus is a continuation of an initiative which was started by a group of teachers at the Edward Said National Conservatory of Music in the year 1999. The idea was to perform great works of the classical and contemporary composers from around the world.

Using various combinations of instruments such as a cello and piano duet, a classical guitar duet, as well as guitar & string quintet, this concert will showcase a range of styles of music with an emphasis on Italian composers.