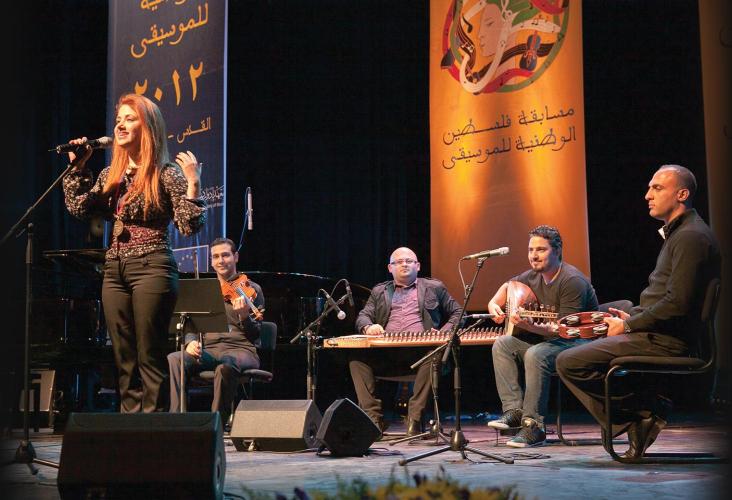 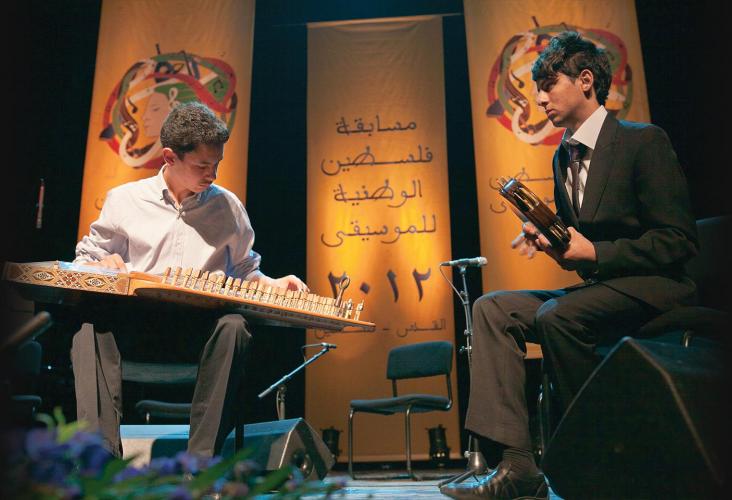 The Palestine National Music Competition (PNMC) was set up in 1999 by the Conservatory thanks to the renowned musician, Marcel Khalife, who received the Palestine Award for Music and donated his prize money to the ESNCM. Initially held internally for students of the ESNCM, from 2006 onwards the competition has taken place every two years and is now open to all young Palestinians, as well as Syrians from the Occupied Golan Heights. The contestants are divided into different age groups depending on their discipline. The sections of the competition are Arabic music, Piano, Guitar, Strings, Winds, Arabic singing, Ensembles, Piano Duet and Composition.

The Composition prize was initiated in 2010 by Marcel Khalife, who supervised the event and participated as a member of the jury for that category. The Marcel Khalife prize, as it is named, aims at rewarding and motivating young creative Palestinian musicians.

The competition is held in Jerusalem. Palestinians from the West Bank and the Gaza Strip who are unable physically to attend due to Israeli restrictions on movement, participate by video conference. Independent and international juries oversee the competition. The culmination is the prizewinner’s concert, where the finalists of the vocal section also compete for the first prize in front of the audience at Ramallah Cultural Palace.