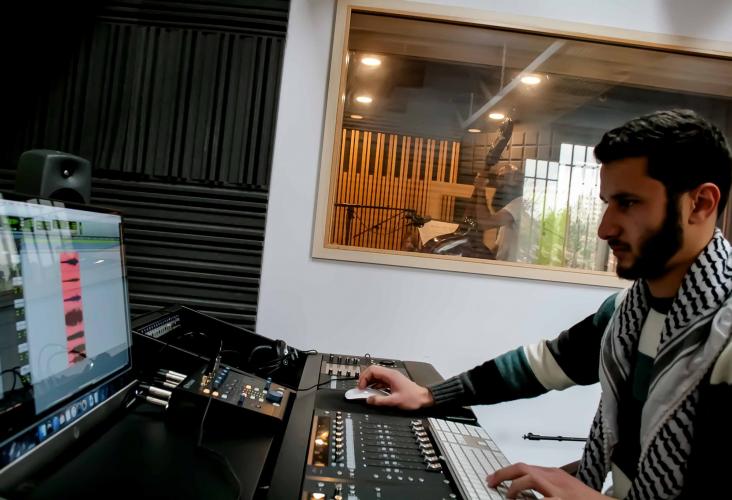 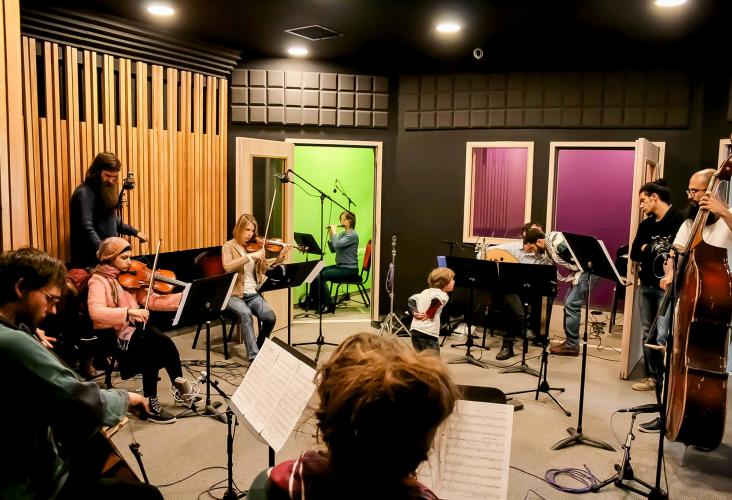 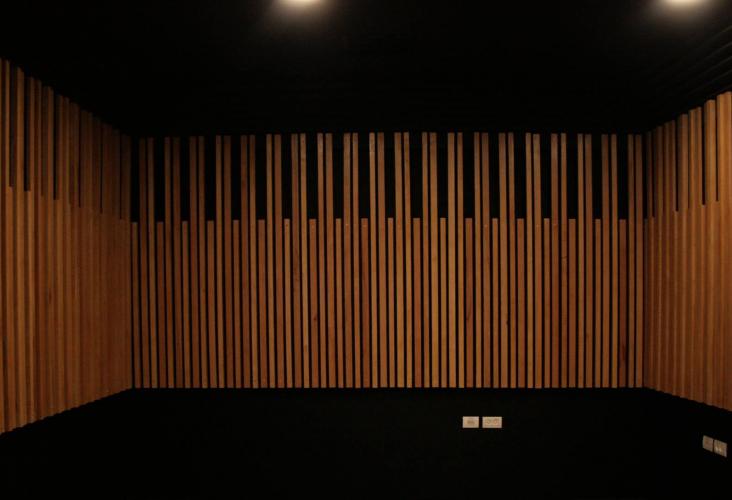 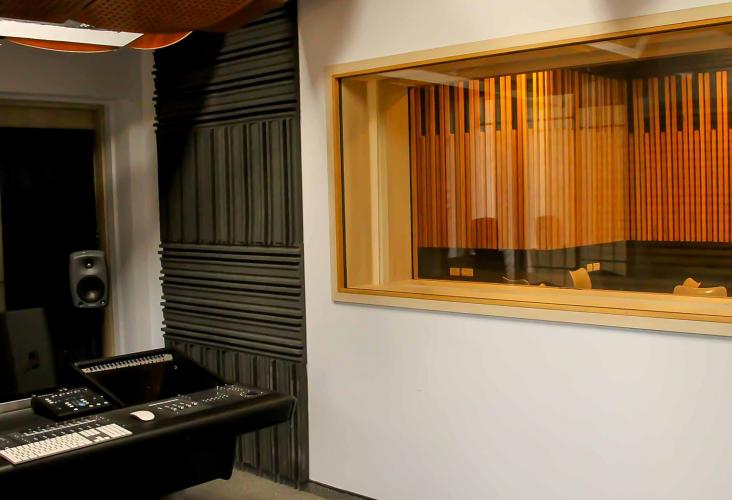 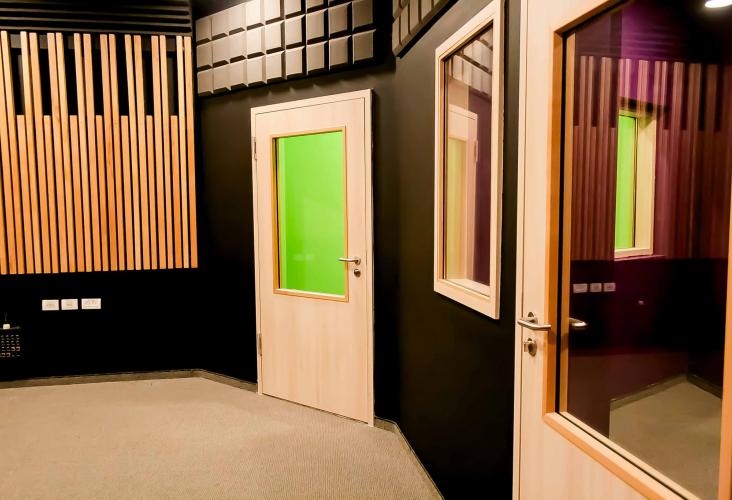 The new Ramallah Branch is now home to one of the best-equipped recording studios in Palestine. It was built and sound-proofed to the highest specifications under the guidance of Norwegian company and record label KKV. It consists of a main room for ensemble recording and two isolation booths. The studio is also linked to the acoustically impressive concert hall, so large ensembles can also be accommodated, as well as multi-track recordings of live concerts.

The main objective of the studio is to support music production in Palestine, and to that end the ESNCM is committed to helping musicians and ensembles throughout the production process, from accessing financial support, through the recording itself, to post-production, promoting and marketing. Large instruments such as pianos, basses and percussion are available in the branch and can be utilized by recording artists.

ESNCM arranged for three local sound engineers to be given professional development training by the KKV team, and those sound engineers can be hired to work on any recording project done at the ESNCM studio. Artists can also arrange to bring their own sound engineer.

In the future ESNCM also hopes to use the studio as a teaching facility, to train music students in recording techniques at a university level.