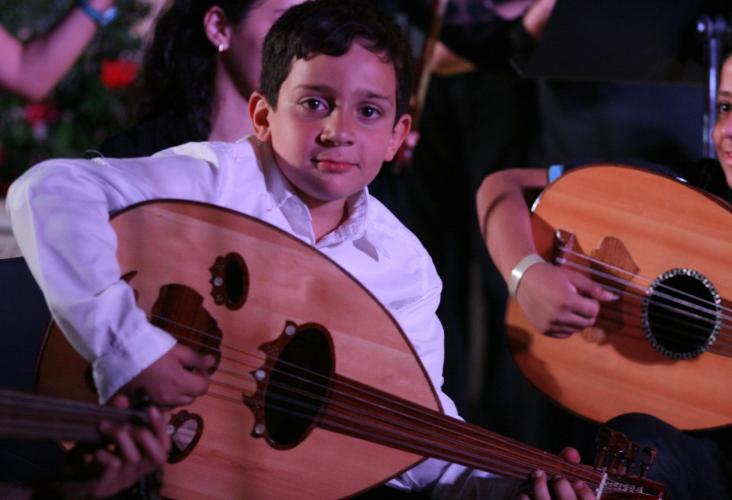 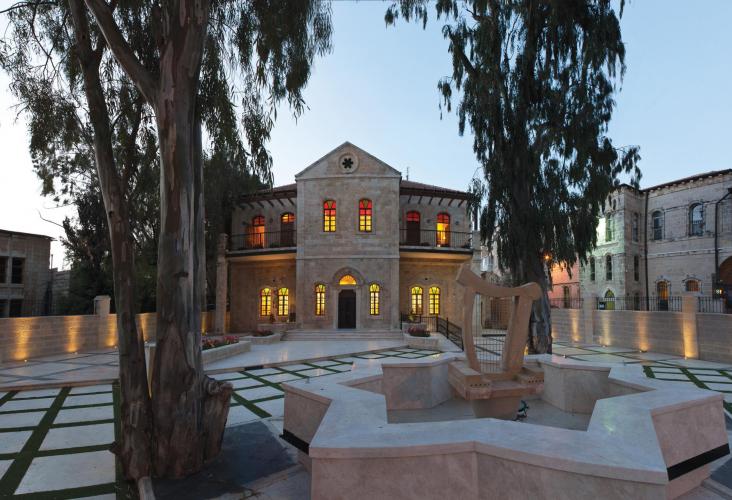 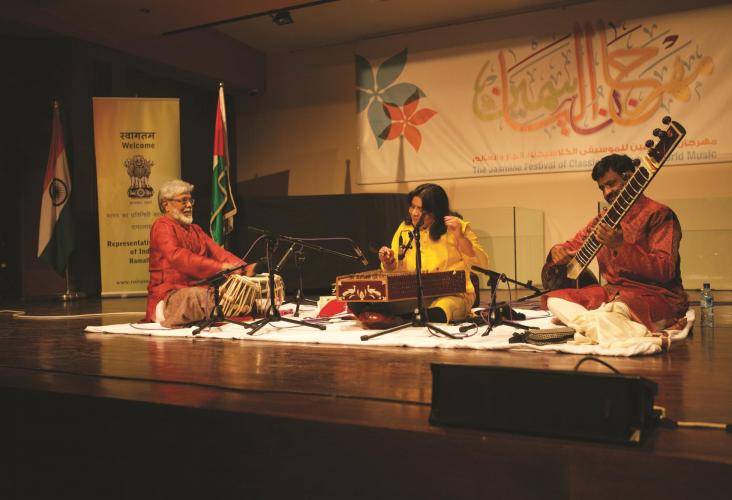 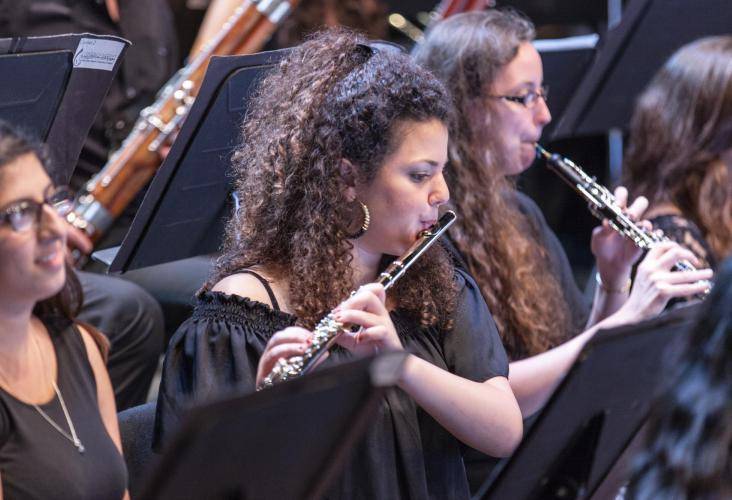 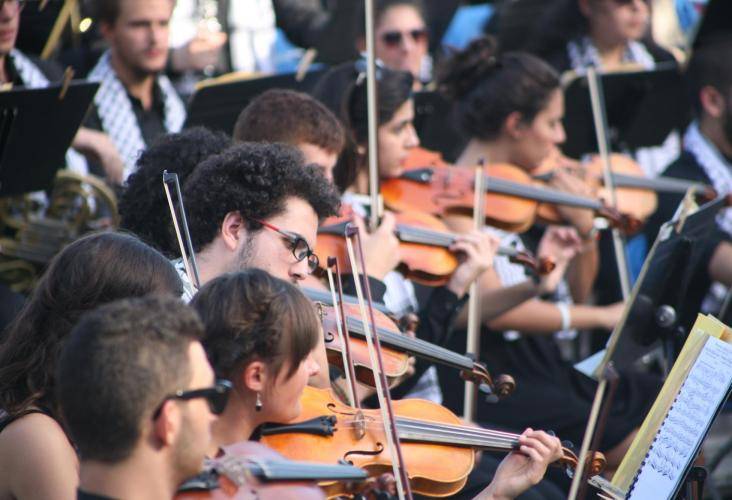 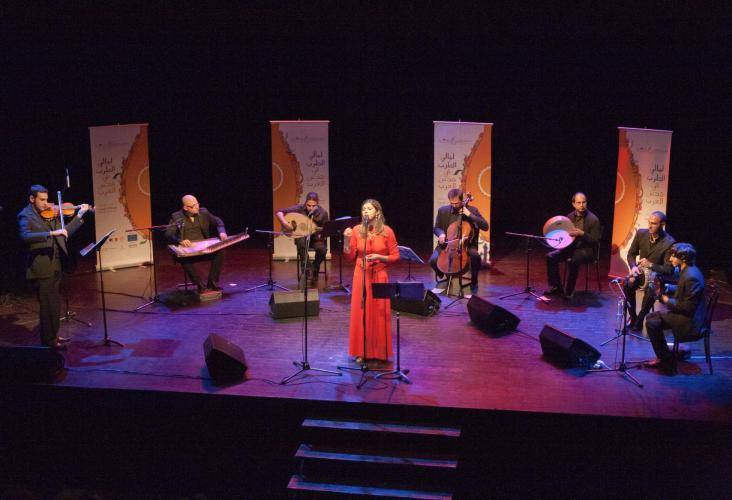 The Edward Said National Conservatory of Music is built around an ambitious vision of having a lively and creative musical culture in every Palestinian home. To that end, it works in three broad areas.

First and foremost, ESNCM works in Education. Over a thousand students currently study music on the Academic Programs in the ESNCM’s six branches in Jerusalem, Nablus, Gaza, Ramallah, Bethlehem and the Tchaikovsky Music School.  Both Arabic and Western music are taught, and the students receive individual instrumental lessons, theoretical classes and ensemble tuition as well as choir, Arabic percussion and music history. The students follow a structured program, completing courses and examinations, in an eight level program. The ESNCM aspires to open branches in all the Palestinian governorates.

The Outreach Program is another vital part of the ESNCM’s educational work. Here, the ESNCM goes to the heart of communities that currently have no music provision, and teams up with partner organizations in those communities to provide instrumental music lessons and activities on site. Some of these outreach activities will grow and be transformed into formal branches of the ESNCM. Currently 430 children benefit from the ESNCM’s outreach program in Gaza, with a further 350 in the Jerusalem projects and 20 children in the town of Beit Fourik near Nablus. The Outreach Program focuses on two main activities: choirs, which are run in schools and community centers throughout Gaza and Jerusalem; and group instrumental lessons. Current group instrumental lessons include strings, Arabic percussion, oud and guitar. All outreach activities are free to students.

Supplementary musical activities are an essential part of the educational mission of the ESNCM.  The Conservatory runs several internal ensembles, including Arabic Music “takht” groups, classical chamber groups, orchestras and jazz bands, as well as two flagship orchestras whose members come from the Palestinian community worldwide, the Palestine Youth Orchestra and the Palestine National Orchestra. Music camps are held several times a year at the ESNCM’s Activity Center in the town of Birzeit, and revolve around intensive ensemble training in a fun environment. ESNCM is also responsible for running the biennial Palestine National Music Competition, which aims to motivate and reward young Palestinian talent.  Finally, part of the Conservatory’s educational assignment is to publish educational material for music students. Theory textbooks, song collections, and collections of Arabic instrumental pieces are examples of its publications to date.

The second essential element in realizing the ESNCM’s vision is building audiences. The Conservatory runs five major music festivals: Layali al-Tarab fi Quds al-Arab, which is a festival of Arabic and Oriental Music based in Jerusalem; the Ramallah-based Jasmine Festival, which focuses on classical and world music; the Christmas Festival in Bethlehem; the Sea and Freedom Festival, which is held in Gaza, and the Nablus-run Oud Festival. ESNCM also runs weekly student concerts in the branches, which are open to the public. Special events are held which attract a wide audience: ESNCM’s 2004 production of al-Fawanees musical, for example, was a spectacular production, for which the ESNCM arranged transportation to bring audiences from all over Palestine to attend the 7 performances.  The other component of audience building is through the ESNCM’s CD productions. So far the Conservatory has produced eight albums, which include children’s songs sung by its young students, classical Arabic music performed by its teachers, and a CD and DVD of the celebrated al-Fawanees musical.

Thirdly, the ESNCM is proud to be part of investing in cultural infrastructure in Palestine. From its beginnings in modest rented accommodation, the Conservatory now boasts two purpose-built branches in Bethlehem and Ramallah, and two finely renovated historic buildings which house the Nablus and Jerusalem branches. These buildings are wonderful resources, not only for the ESNCM students but also for the wider community, with their well-equipped concert halls and rehearsal spaces for community choirs or ensembles. The new Ramallah branch includes a state-of-the-art recording studio, and the Bethlehem branch contains a string instrument repair workshop and factory, run by its professional luthier.

At the heart of the ESNCM philosophy is the belief that musical education, underpinned by the permeation of quality music throughout Palestinian society, and supported by appropriate cultural infrastructure, bolsters and invigorates Palestinian identity and culture.

The dissemination of a lively and creative musical culture in every home, that would contribute towards the consolidation of Palestinian identity and the education of future generations.

Teaching and promoting music to all Palestinians wherever they are within the framework of strengthening the cultural and national identity.