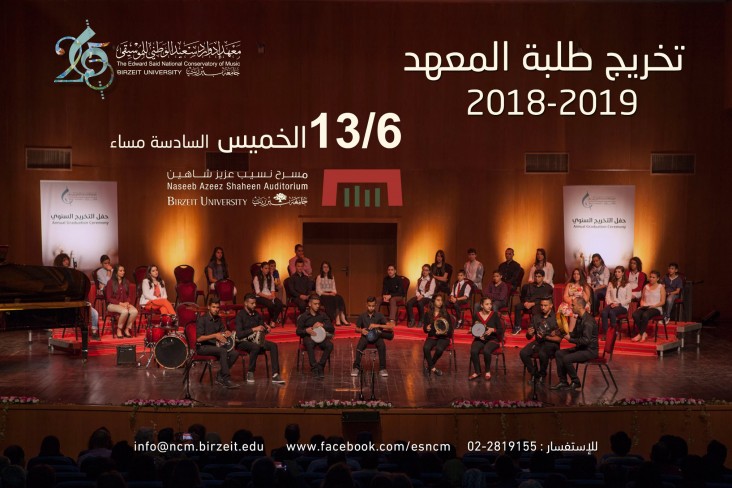 On Thursday 13th June 2019 the Edward Said National Conservatory of Music celebrated its 20th annual graduation ceremony and concert at the Naseeb Shaheen Auditorium / Birzeit University. Students, teachers, families and friends from the ESNCM branches in Jerusalem, Nablus, Bethlehem and Ramallah joined to honor students who have achieved important milestones in their musical journey. The Gaza branch will hold its own graduation event on 29th June, and General Director, Suhail Khoury, expressed the eternal hope that in future years, all branches will be able to celebrate this important event under one roof.

The chair of the ESNCM Board of Trustees, Mrs. Rima Tarazi, was joined by General Director Suhail Khoury, Academic Director Jay Crossland and the Palestinian Minister of Culture, Atef Abu Saif, to award the certificates.

Four students received the conservatory’s Intermediate Certificate, which has been until now the highest certificate offered by the ESNCM, awarded after the eighth instrumental level and associated theoretical and practical courses. The elementary certificate was awarded to thirty-five students – an important stepping stone for those who have achieved the fourth instrumental level and musicianship courses including music theory, choir, percussion and ensemble playing. This year was particularly special as, for the first time, the ESNCM awarded its new Diploma Certificate, which is the result of a specialized performance program available to students who have completed the Intermediate Certificate. The graduating diploma student was Rand Khoury (‘cello), who performed the first movement of Saint-Saens’ Concerto in A minor as part of the graduation concert.

The concert was a celebration of the ESNCM graduates and ensembles of 2019. The ESNCM Wind Band was showcased, as well as the Jerusalem Children’s Orchestra, the Ramallah-based Buzuq ensemble “Bazazeeq”, and the choir of the Jerusalem branch. Graduate Hussam Abu Khater (flute) played Enesco’s “Cantabile et Presto”; fellow graduates Ibrahim Masri (violin) and Maya Abu Arayes (piano) together performed “Chanson de Matin” by Edward Elgar; and the qanoun graduate Reem Obayda accompanied the voice student Duna Ayad along with Jerusalem branch teachers Micheal Rohana and Hani Asad in the song “Ahuwwe deh ili Sar” by Sayyed Darwish. This academic year has seen the blossoming of the piano duet genre at the ESNCM, and Christine Darwish and Ali al-Qawasmi exemplified this trend with their performance of the first movement of Poulenc’s Sonata for four hands. 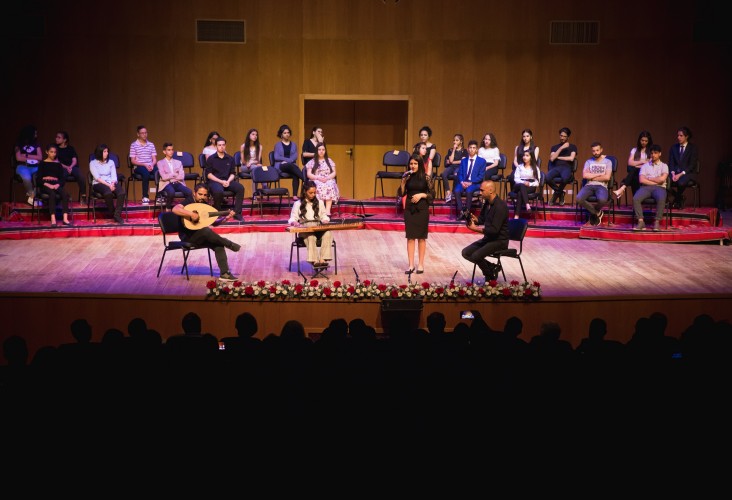 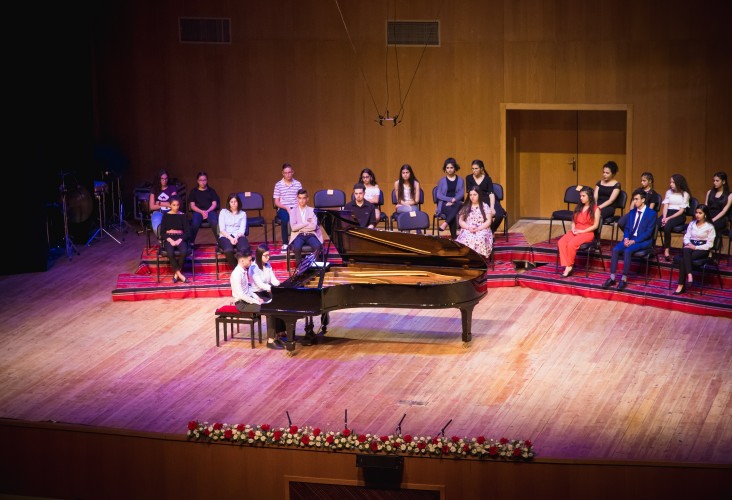 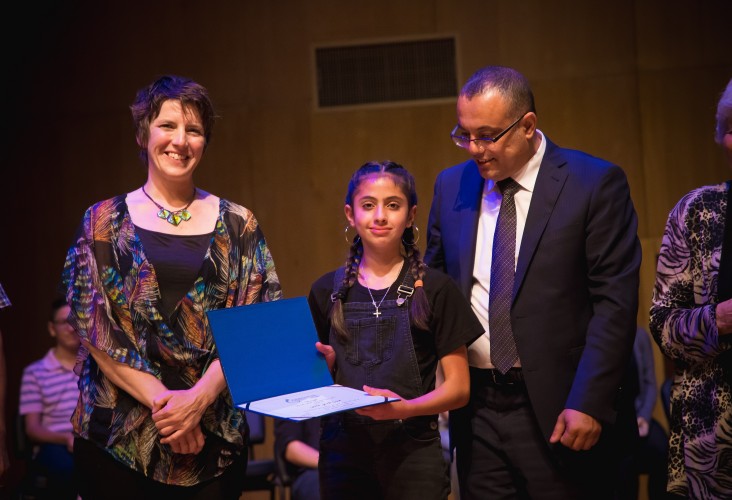 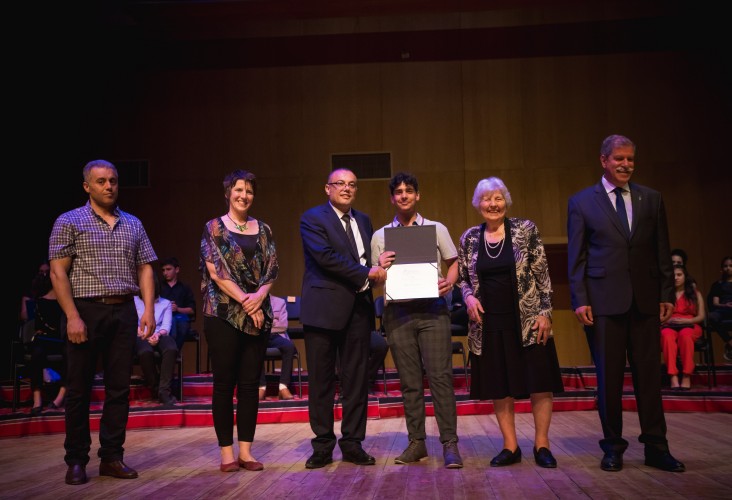