The eighth edition of the Christmas Nights Festival was held from late November 2019 until the first week of January 2020. The annual festival, based in the biblical sister cities of Bethlehem, Beit Sahour and Beit Jala, is a celebration of the festive season featuring home-grown musical talent and international guests. The proceeds from all the concerts in the festival were donated to treating children with cancer, through the Huda Center at the Hussein Hospital in Beit Jala, and the festival opened with a special performance and activity for the children at the Center.

This year’s festival highlights included the Christmas Operetta, composed by ESNCM oud teacher Tamer Sahouri and performed at the lighting of the Bethlehem Christmas Tree; the ESNCM chorale and Palestine Brass Band performing for the opening of the Christmas Market; and three concerts by the renowned Swiss choir “Singkreis Wohlen” accompanied by the ESNCM String Orchestra. This is the Swiss choir’s third tour of Palestine, and this year performances were held in the Dominican Church in Jerusalem, the Lutheran Church in Ramallah, and the City Hall in Bethlehem. The tour comes in the context of a continuing and energetic cooperation between the choir and the Bethlehem branch, which includes scholarships for Bethlehem students donated by the choir.

Festival Concerts at the Bethlehem Branch Hall encompassed the “Opus” Ensemble of ESNCM teachers, who performed a classical music concert alongside the ESNCM chorale; the Bethlehem Arabic Music Ensemble; and the Khurman Gharib vocal and piano duo from the north of Palestine.

The Christmas Nights Festival also brought music to children with Down Syndrome, in a special performance and activity in the Bethlehem branch for children from the Waha Center. 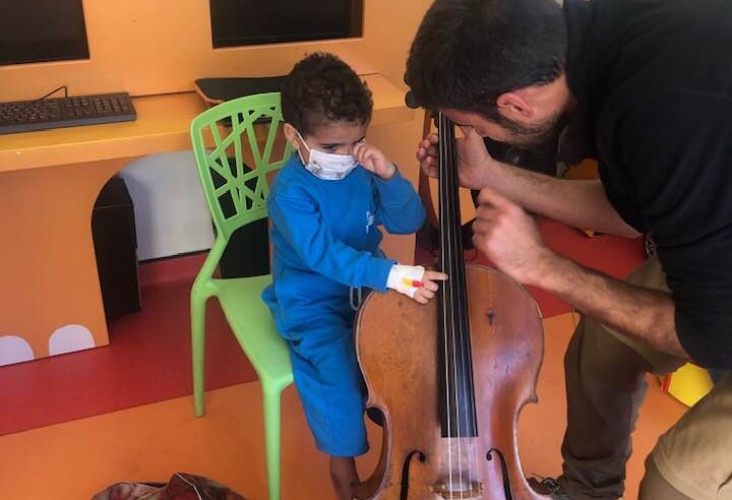 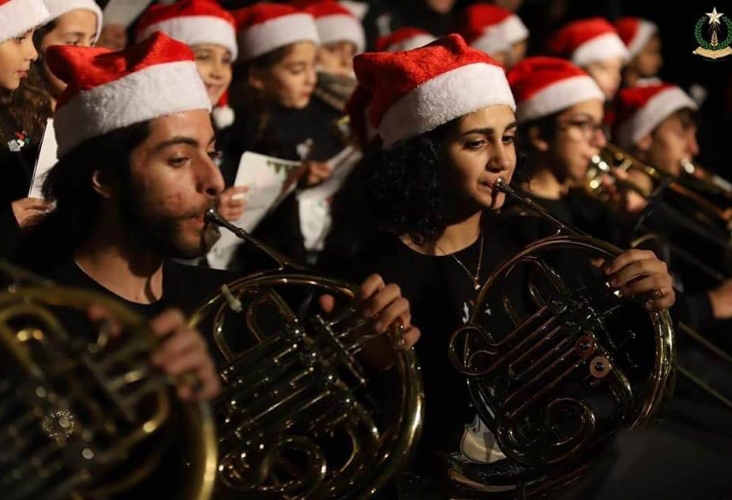 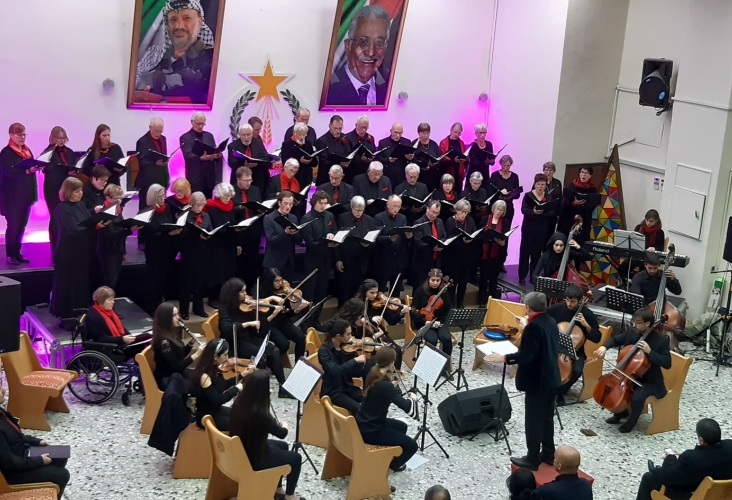