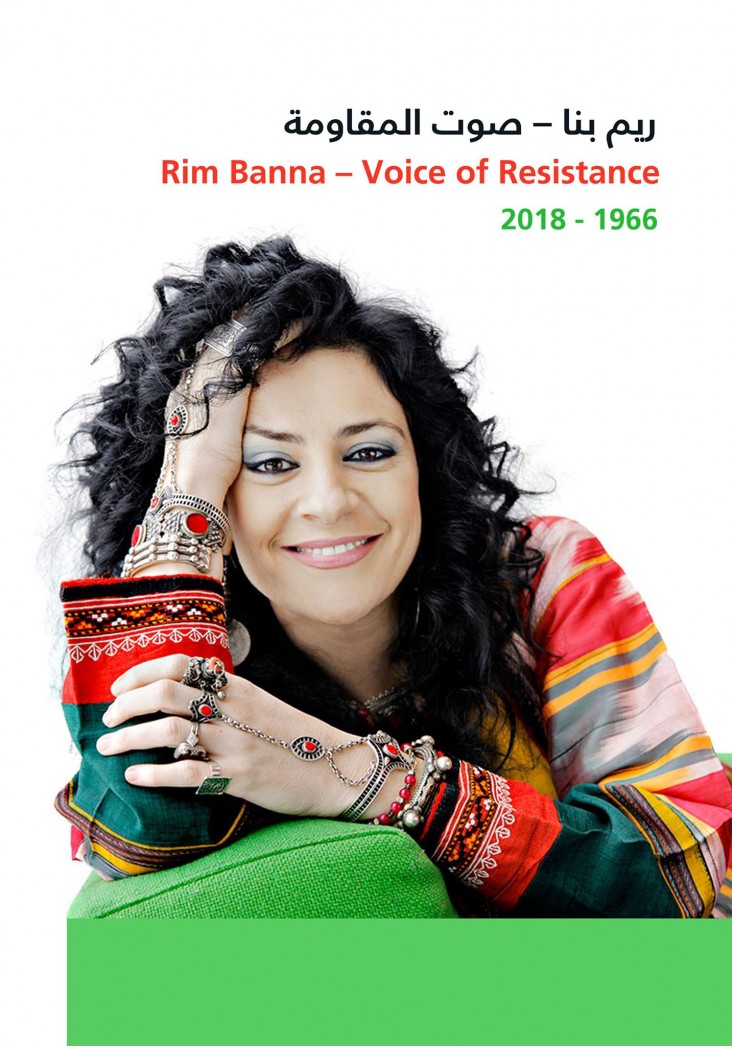 The Jerusalem Nights is a multi-arts festival run by the Jerusalem Arts Network “Shafaq”, and aims to reinvent the cultural life of downtown East Jerusalem. The National Conservatory of Music is one of five centers involved, and in the spring several concerts were held under the umbrella of the festival. On 21st March the Jerusalem Arabic Music Ensemble performed a concert entitled “Aiysha al-Hurriyyeh”. The conservatory- based ensemble is made up of professional Jerusalemite musicians, and featured soloist Hani Asad.   On 22nd March Maqamat al-Quds performed their latest program, entitled “Mawtini”, with soloists Miral Ayad and Yousef Abu Sneineh. Maqamat al-Quds is the top-tier student Arabic music ensemble at the Jerusalem branch of the conservatory.

On March 30th 2019 the Yabous Cultural Center and the National Conservatory of Music held a special memorial concert for the Palestinian singer-songwriter Rim Banna, on the first anniversary of her death. Behind the musicians, images of Rim Banna (1966 – 2018) were displayed, and portraits of the singer were also exhibited around the hall. Suhail Khoury, director of the National Conservatory of Music, and Rania Elias, director of the Yabous Cultural Center, paid tribute to Rim and her enormous contribution to the Palestinian musical landscape.

The Daughters of Jerusalem ensemble performed two of Rim’s songs dedicated to Jerusalem – Sarkha min al Quds (A time to Cry) and Wahdah Btib'a Al Quds (Jerusalem Stands Alone).  Several duos and trios from the Daughters of Jerusalem also performed some of Rim Banna’s songs. Suhail Khoury was joined by Zeina and Rand Khoury in a piece composed by Suhail in memory of Rim; Nour Nasser al-Din and Yousef Khoury performed their own tribute to the singer; and Rania Tahhan sang one of Rim Banna’s most famous songs, “Sara”.

In between songs, short video clips about Rim Banna were shown from a series on the AJ+ channel. 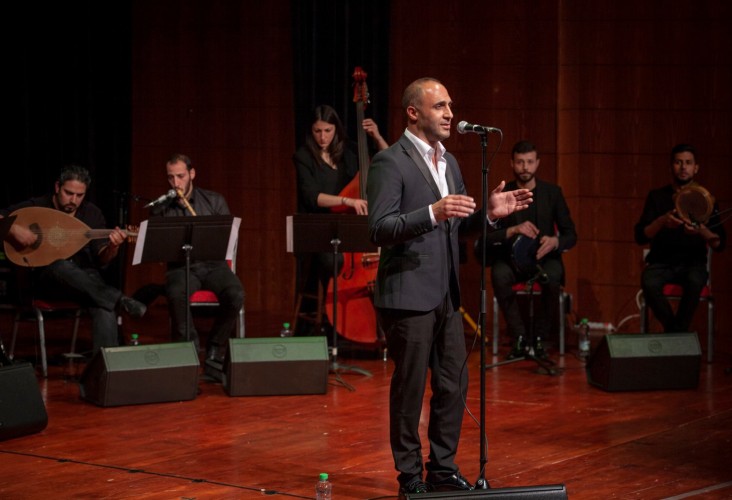 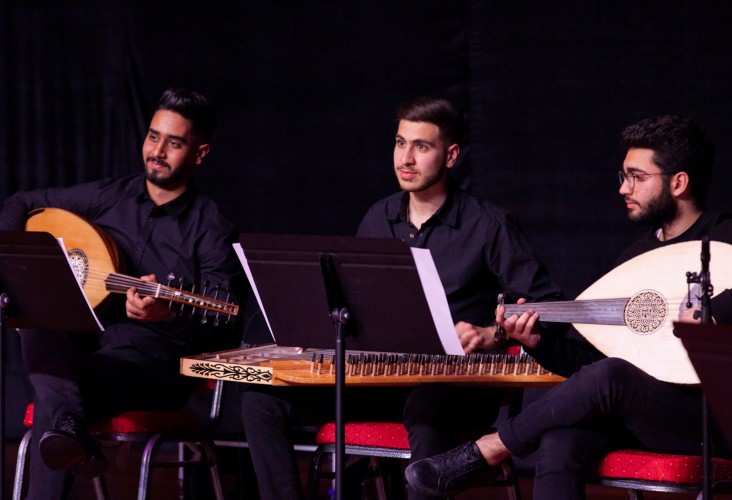 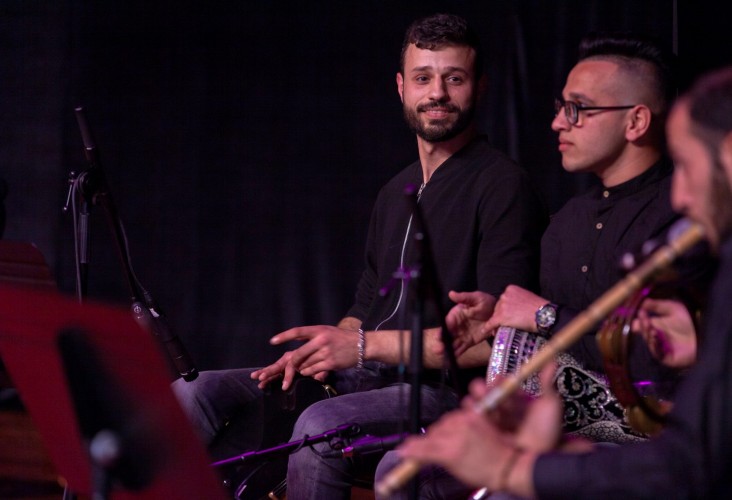 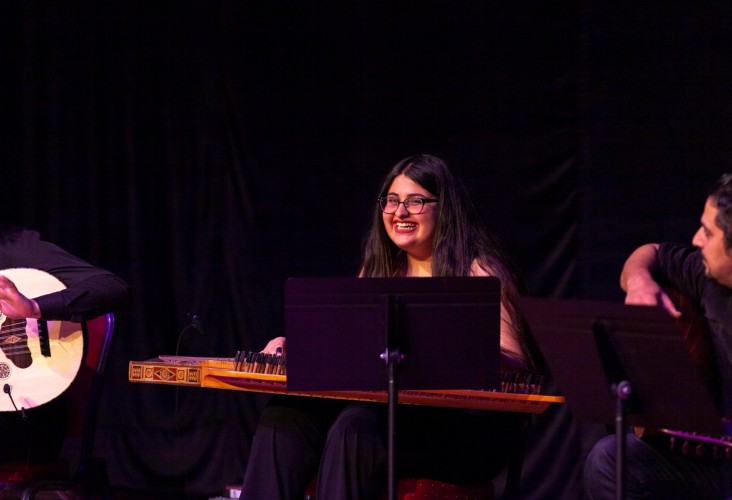 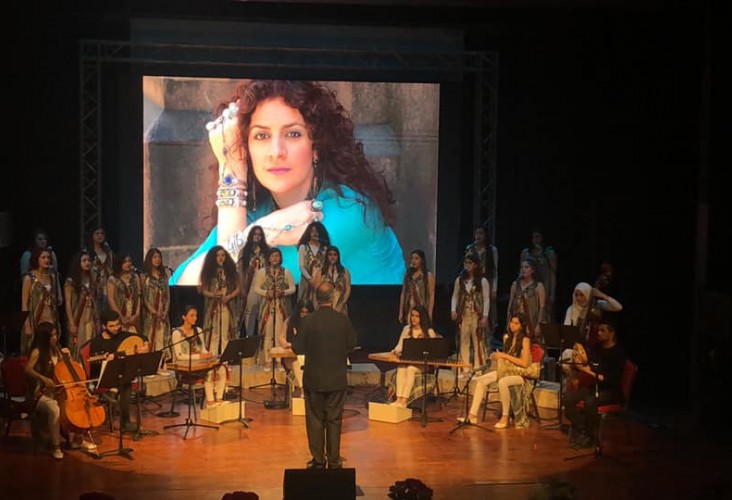 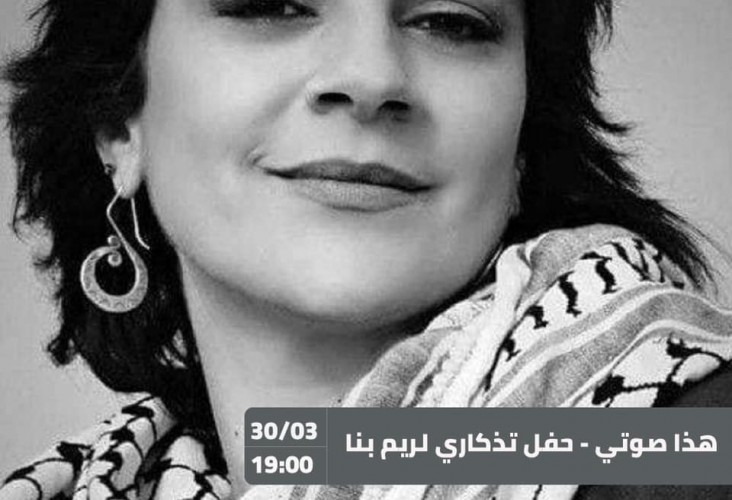