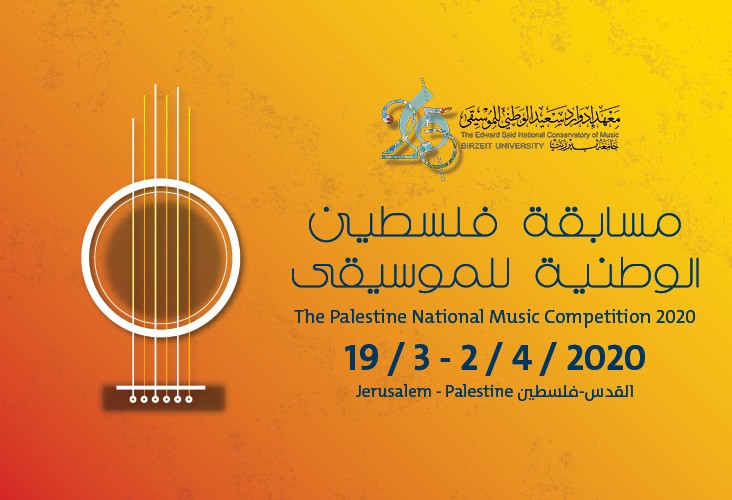 The Edward Said National Conservatory of Music is launching the sixth edition of the Palestine National Music Competition, which will take place from 19th March – 2nd April 2020 in Jerusalem, Ramallah and Gaza.

The Palestine National Music Competition is open to all young Palestinian musicians, including Syrian musicians from the occupied Syrian Golan Heights.

Through the competition, the conservatory aims to encourage and motivate young musicians to develop their performance skills and enrich their musical experience, and to promote musical culture in Palestine.

Participants from 5 to 40 years old will compete for prizes which will be presented to the winners in each category of the competition, supervised by juries of professional musicians from Palestine and abroad. Prizes will be awarded in solo instrumental performance, Arabic singing, piano duet, ensemble and composition sections, and divided into categories based on age and instrument.

The Palestine National Music Competition is one of the key programs implemented by the Edward Said National Conservatory of Music. It is a platform to present young Palestinian talent and upcoming creative artists to audiences in Palestine and beyond.

The competition is supported by and in cooperation with the Arab Fund for Culture and Arts (AFAQ), the Swedish Consulate through the NGOs Development Centre, Consulate General de France Jerusalem, al-Nasher company, Palestine TV, Raya FM, 24 FM, and many other partners and supporters.