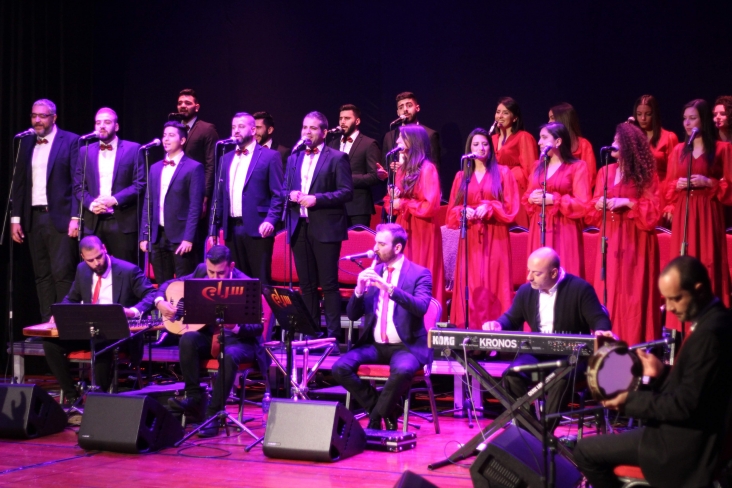 The “Nabd” and “Maqamat al-Quds” ensembles opened the tenth anniversary edition of the Arabic music Festival “Layali al-Tarab fi Quds al-Arab” (Tarab Nights in Arab Jerusalem) on 30 November 2019. The festival’s primary focus is the stimulation of the cultural scene in Jerusalem, and the festival concerts were held primarily in the Husseini Hall of the Yabous Cultural Center in the heart of Arab Jerusalem. Maqamat al-Quds is a well-established ensemble of advanced students at the Jerusalem branch of the conservatory, and they welcomed vocalists Miral Ayyad and Yousef Abu Sneineh as soloists for an evening that celebrated the Egyptian vocal star Abd al-Halim Hafez. “Nabd” is a band of young musicians whose members gather from around historic Palestine, and they played a program of instrumental classical Arabic music from the 20th and 21st centuries.

The festival continued with a concert of Azerbaijani music by the fabulous Baku Quintet from the National Conservatory of Music in Azerbaijan. Their visit was made possible through a long-term cooperation agreement between the ESNCM and the Azerbaijan Conservatory. They were joined for the concert by the NCM Arabic Music Ensemble, in a program which included “Cleopatra” and other songs by Mohammad Abd al-Wahab.

More highlights of the festival were: Dalal Abu Amneh, the renowned Palestinian singer from Nazareth, in a program entitled “Manifestation”; Aicha Radwan, the Moroccan-French singer known as the Golden Voice, who was accompanied by an ensemble and choir of teachers and students from the Jerusalem branch of the ESNCM; and the Siraj Choir from the Galilee who presented songs by Sayed Mekawi, the famous 20th century Egyptian singer and composer.

The Layali al-Tarab Festival, while shining a light on Jerusalem, always includes events in other Palestinian cities, and this year was no exception. Jilan esemble led by Tamer Sahouri, played songs and pieces from the repertoire of Fairouz, Wadee’ al-Safi and Marcel Khalifeh as well as Sahouri’s own composition, “Ghurbeh” (Diaspora), at the Tchaikovsky Music School and the Ramallah branch Sharjah Hall. Ramallah also hosted three ESNCM-based teacher and student bands: “Bazaziq” – an ensemble of buzuq players led by Tareq Abboushi; “Marasina”, a classical Arab ensemble from Ramallah branch led by Samer Totah; and the Jerusalem based Oud Quartet led by Micheal Rohana. Nablus branch welcomed four ESNCM teachers in a program entitled “Shahrazade”.

The closing concert of the festival was on 19 December and featured the Jerusalem Arabic Music Ensemble with vocal soloist Hani Asad. The 15-member ensemble performed songs from the Arab Golden Age by Abd al-Wahab, Mohammad Fawzi, Riyad Al-Sunbati, Farid al-Atrash and Mohammad Qasabji.

The proceeds of tickets for the festival concerts were donated by the ESNCM to the oncology department in Jerusalem’s Augusta Victoria Hospital and The Madame Siksik Orthodox Care Home in Jerusalem. 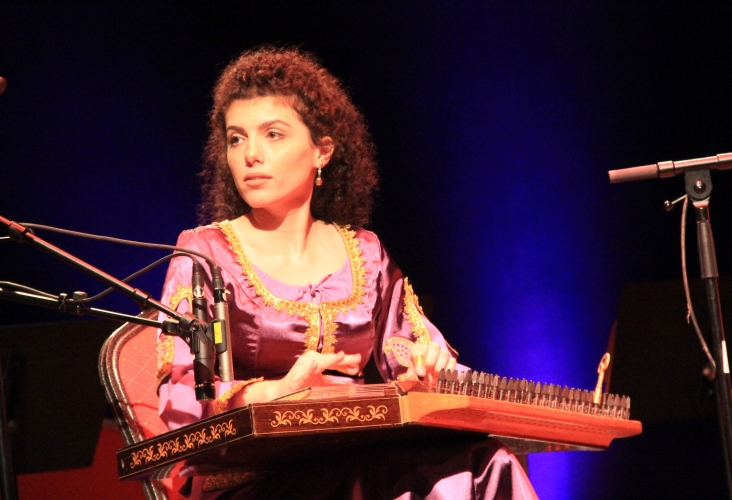 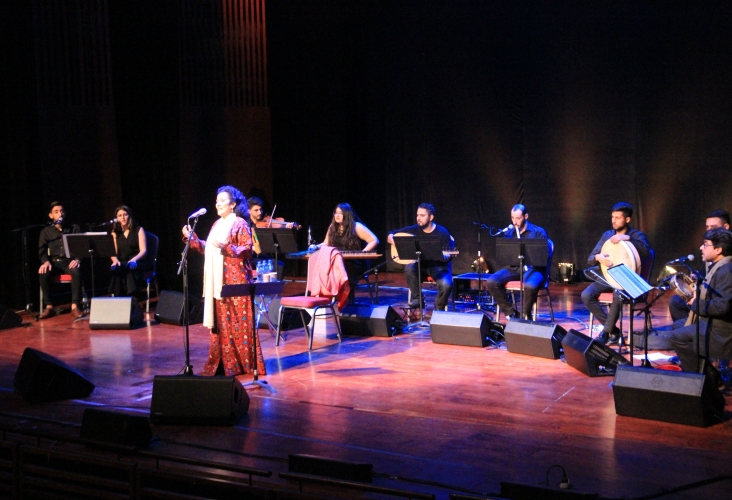 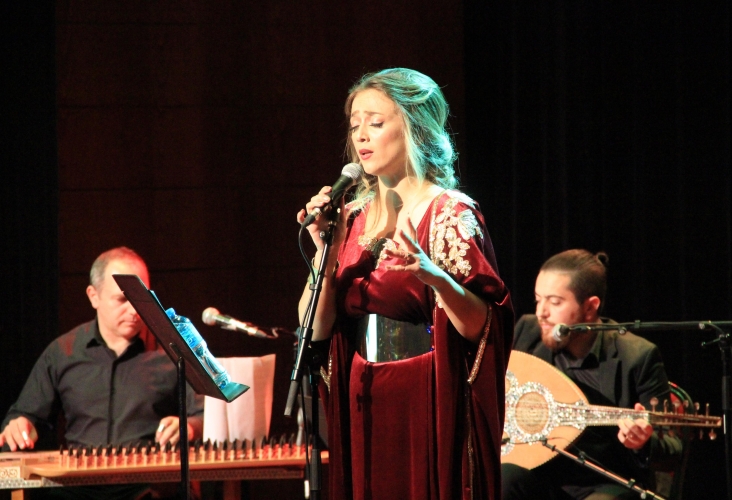 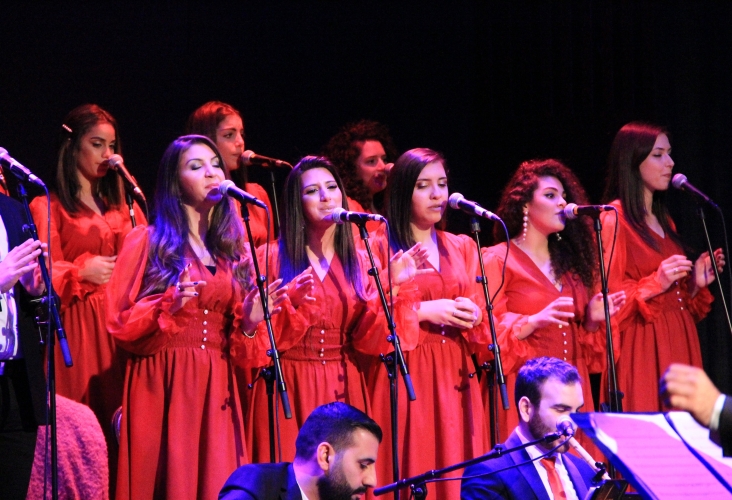 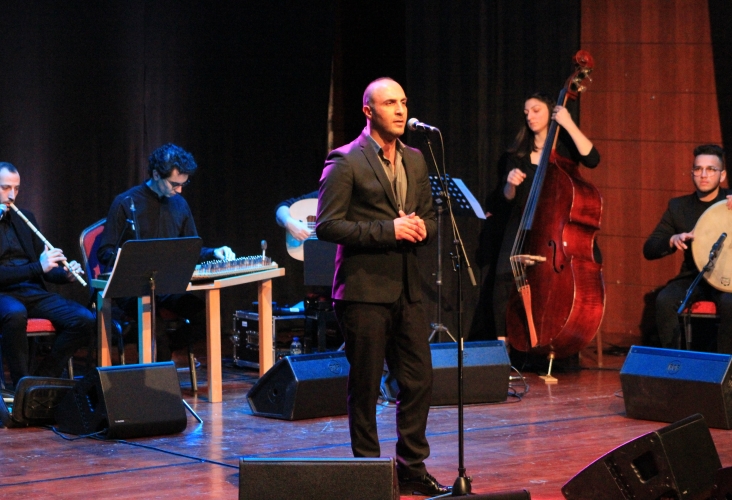 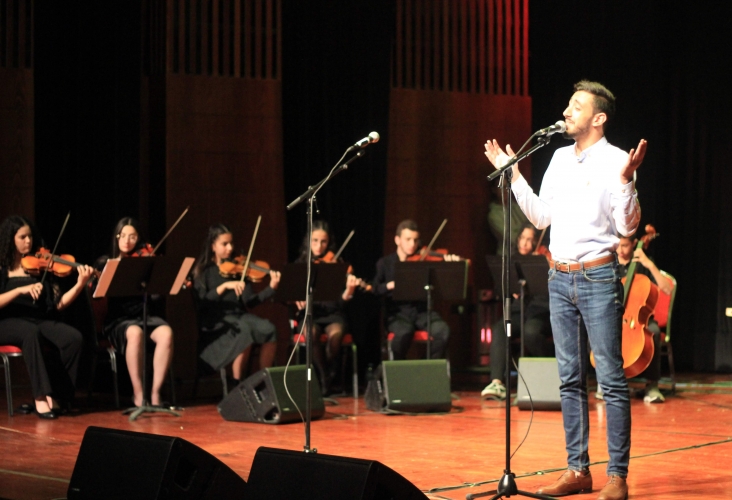