The Palestine National Music Competition celebrates the winners with a special ceremony. 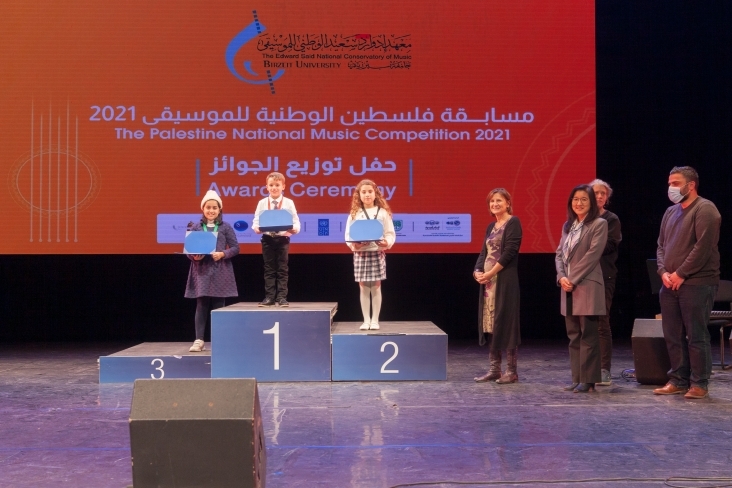 Despite the challenges imposed by the Covid-19 pandemic, the conservatory organized its sixth edition of the Palestine National Music Competition, believing in its importance and its value for young musicians, to have this as a platform to raise their musical performance level and enrich their experience in the field of playing musical instruments individually or as an ensemble.  It also motivates the students to practice regularly and through that, we allow the roots of our musical culture to grow deeper into our society.

With a large audience presence and live broadcasts on TV and various social media channels, the ESNCM organised the prizewinners’ concert on December 9th at the Ramallah Cultural Palace to distribute the Palestine National Music Competition prizes to more than 60 winners across all categories: solo performance, ensemble, singing and composition.

At this ceremony, we revealed the winners of the Marcel Khalife Prize for the Young Palestinian Composer. The award went to Faris Badarneh in first place, Dina Al Shilleh in second followed by Youssef Sakhnini in third. The top 5 contestants in the Arabic singing category also competed on stage, ranking Luna Srouji in first place, Nour Freitekh in second place, and Mustafa Tahboub in third place.

For his part, Suhail Khoury, general director of the ESNCM, said: “The competition is a tool that motivates students and contestants to practice regularly and unleash their creativity, and this is more important than the results of the competition itself. The competition is also important to appreciate those creative talents who persevere to produce such art.  In Palestine there are many talents to shed light on.”

The show included performances by the winners, from instrumental solo performances to ensemble performances, and through video conference on a large screen, the audience in Ramallah was able to watch various performers and the “Tartim”  ensemble from Gaza live on stage.

The competition in its sixth year

The competition was held in Jerusalem, and the contestants were able to compete via video conference from Ramallah, Gaza and the diaspora. The competition is considered to be the most specialized and comprehensive music competition in Palestine in particular and the Arab world in general. More than 500 applicants participated, of which about 250 contestants reached the preliminary qualifications stage, and within 7 days, more than 60 winners were announced between the ages of 6 and 30 across the different categories, 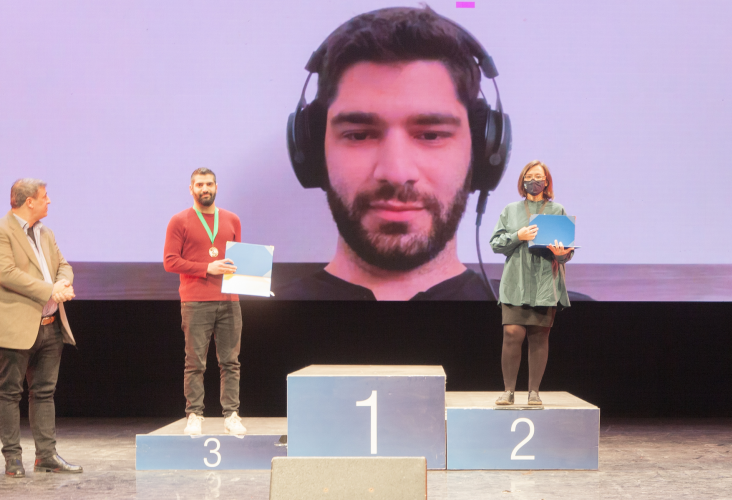 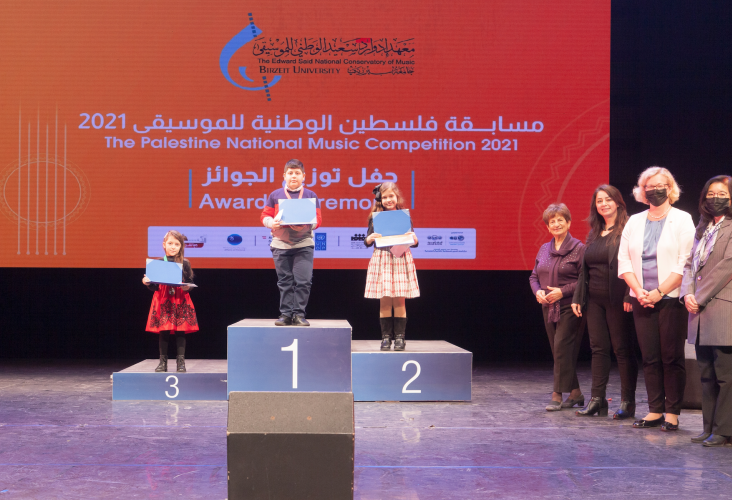 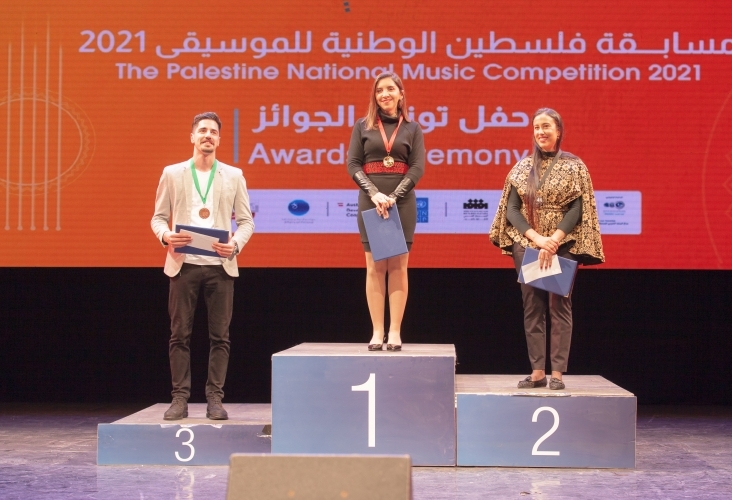