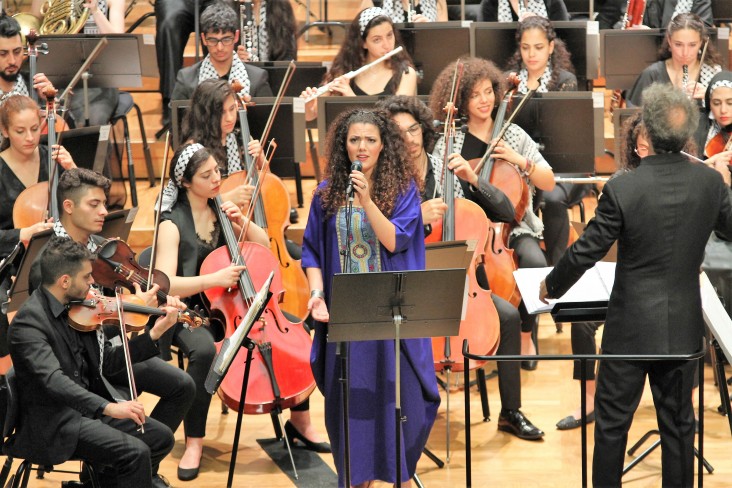 The Palestine Youth Orchestra completed a major European tour in summer 2019, starting in Norway and ending at the world famous Concertgebouw in Amsterdam. The eighty young musicians included members from Palestine and the Palestinian diaspora, and were joined by young musicians from Lebanon, Egypt and Syria and students from European countries including Spain, France and Norway. The orchestra met for an intensive period of rehearsals from 28th July to 3rd August in the Norwegian town of Kristiansund, where they were coached by musicians including several from the Oslo Philharmonic Orchestra, with whom the PYO has enjoyed a partnership since 2012. They prepared a program of symphonic music by Tchaikovsky, Wagner and Saint-Saens alongside music by Salvador Arnita and Arabic songs including two arrangements of Fairouz songs commissioned by the PYO from British composer and arranger Iain Farrington. The program also included the world premiere of “Palestinian Rhapsody” by Palestinian composer Faris Badarni. The concerts were conducted by the Dutch maestro Vincent de Kort and featured young Palestinian vocal star Nai Barghouti as soloist.

After one week of rehearsals, the orchestra embarked on a tour including eight full symphonic concerts and four chamber music concerts, with total attendance approaching 5000 people.  After their first concert in Kristiansund, the orchestra moved on to Trondheim to perform at the medieval Vår Frue Kirke. They then performed a sold-out concert in the extraordinary University Aula in Oslo, its auditorium famously decorated by Edvard Munch, before moving to Gothenburg and the Copenhagen for a concert at the Tivoli Concert Hall where their programme included Tchaikovsky’s Rococo Variations with Toke Møldrup, lead cellist of the Copenhagen Philharmonic joining the PYO as soloist. The orchestra was then hosted by the Royal Academy of Music in the city of Aarhus for a concert at the Musikhuset followed by a free chamber concert the next day. A brief stopover was made at the Hochschule fur Kunste in Bremen for a third chamber concert. An audience of 300 hundred listened to music and learned about the work of the ESNCM in Palestine, contributing to fundraising efforts towards the tour.

On arrival in Amsterdam, the orchestra were treated to lunch in the Amsterdam Museum by the Rabbani Foundation, the PYO’s principal partner in the Netherlands for this tour. The spectacular courtyard was also the venue for their last chamber concert. Before the grand finale in front of a capacity audience at the Concertgebouw, the PYO spent a day with the National Youth Orchestra of the Netherlands to perform at their festival in the town of Apeldoorn at the Orpheus Theatre. The two orchestras created a 20-minute piece together based on Arabic scales and rhythms, performed at the end of a concert which also featured music by Stravinsky and Tchaikovsky, finishing with one hundred and sixty musicians from both orchestras on stage together. The inspiration for this workshop came from the combined workshop organised by Palmusic at the CBSO Centre in Birmingham for the PYO and the National Youth Orchestra of Great Britain in 2016. 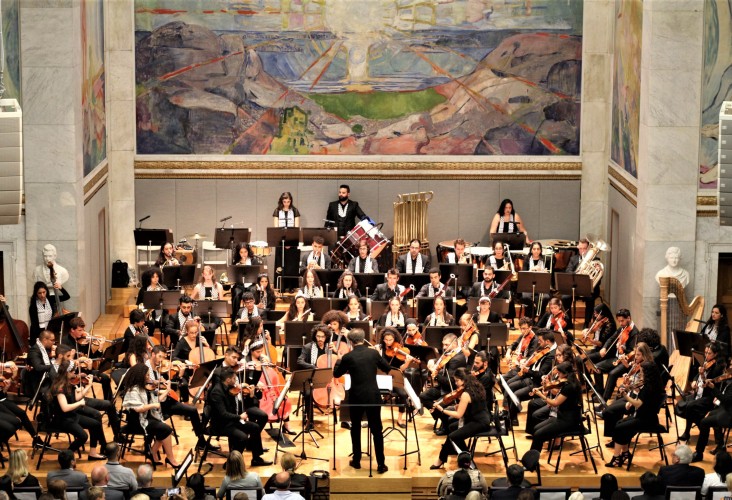 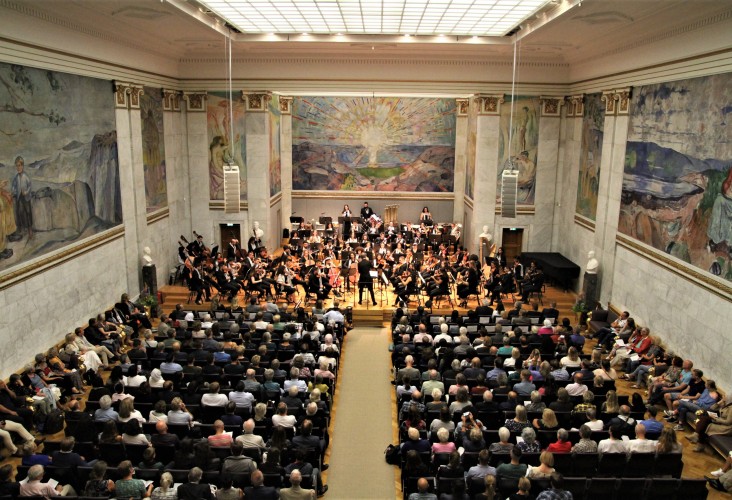 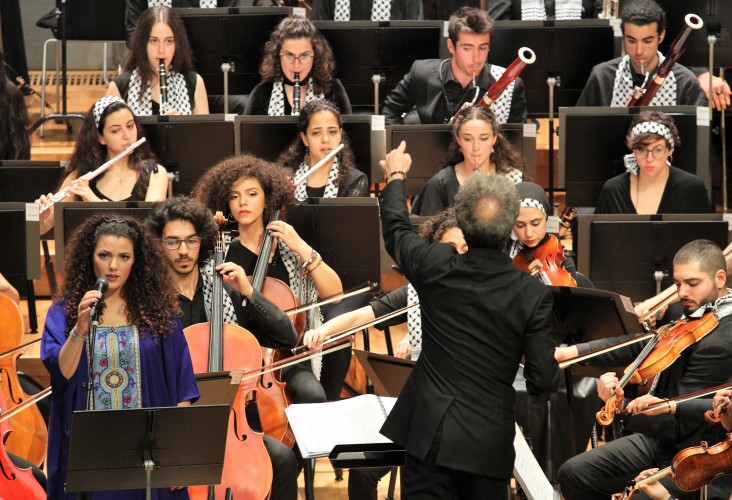 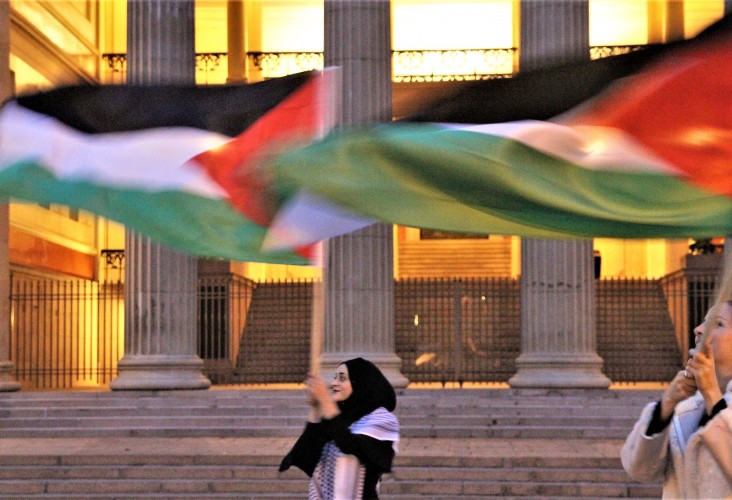 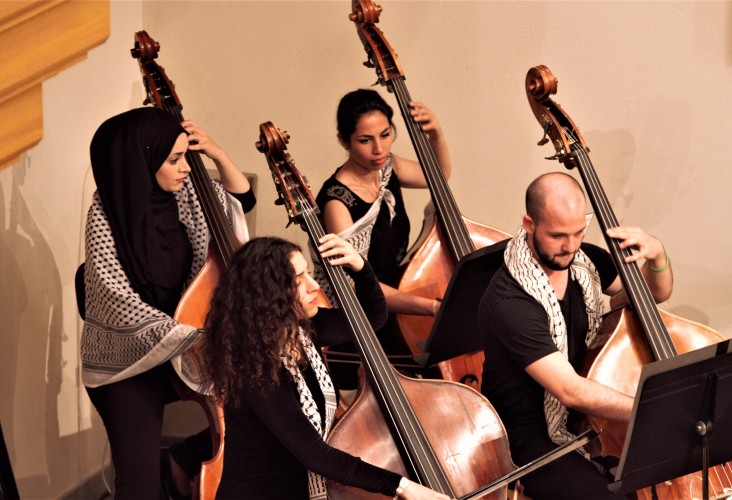 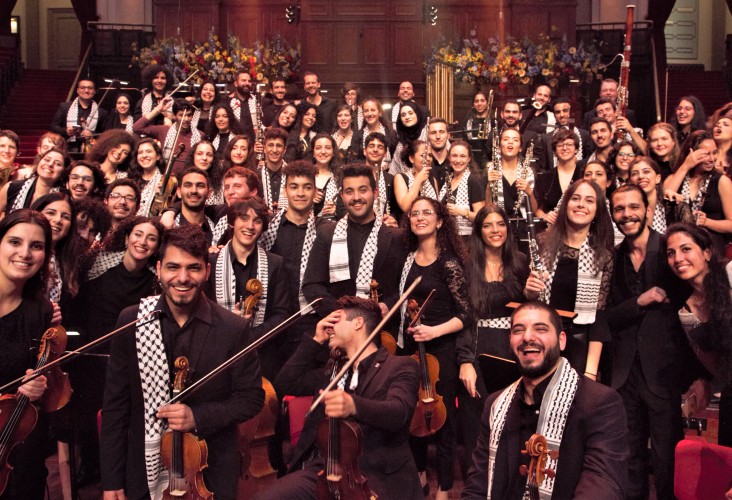