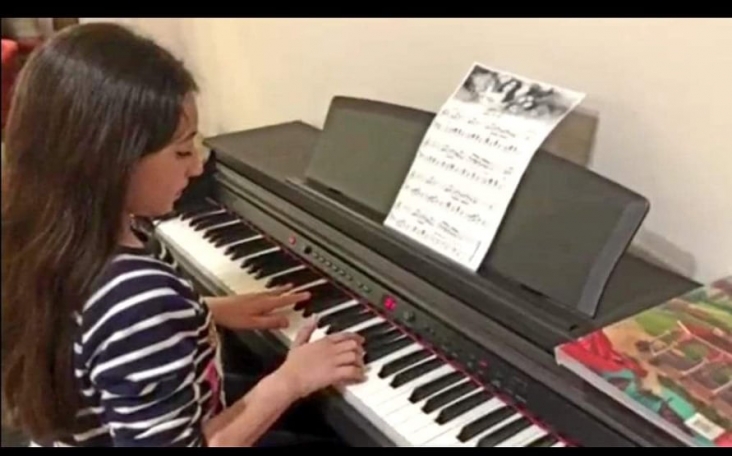 Music Under Quarantine,” performed by an ensemble of 40 string instruments and piano at the initiative of Tamer Sahouri, head of the Arabic Music Department at the ESNCM.

A report by Alarabiya Palestine TV on the ESNCM conducting online lessons under the emergency situation. It includes interviews with head of the ESNCM Gaza branch and qanoon teacher Anas Al-Najjar who explains that, similar to institutions worldwide, eleven teachers of the Gaza branch are currently teaching online around 90 percent of the 200 students living in Gaza with good results. Sixteen-year-old Raghad Abu Rahma, a level-seven qanoon student, talks about her fears that the lockdown will delay her graduation from the Conservatory

“There is Coffee on the Sidewalk,” performed by Najla Hameed, a voice student at ESNCM’s Gaza branch, accompanied by teacher Mohammed Omar Al-Habash. Video edited by Mohammad Al-Habash.