Lecture Series on Music and Culture 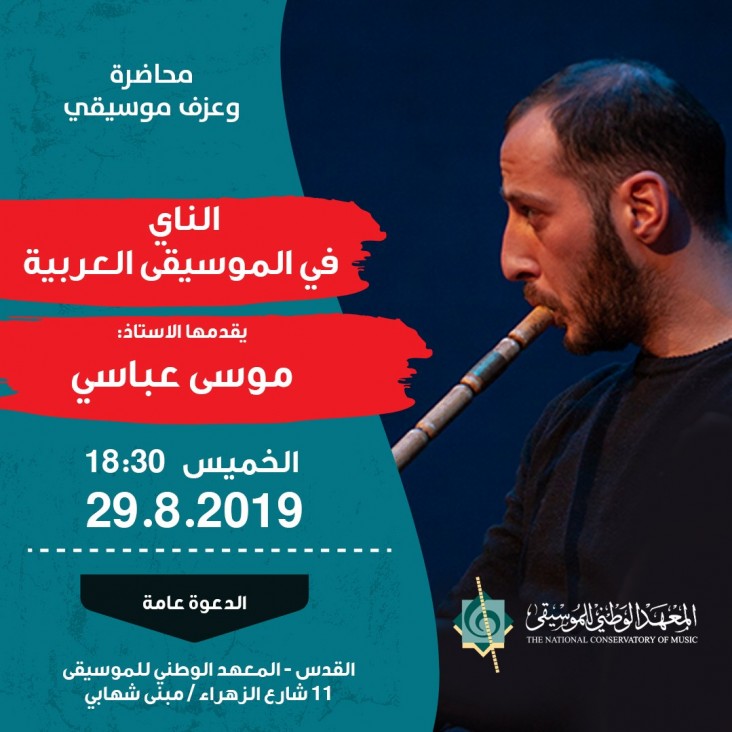 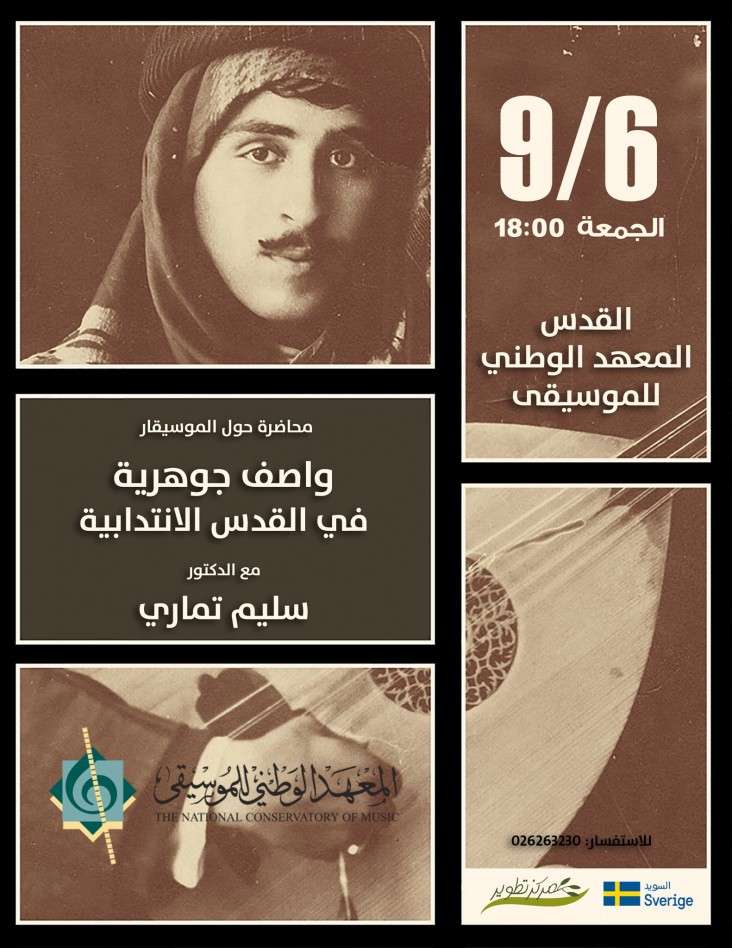 The National Conservatory of Music organized two lectures in August and September, as part of a series in the conservatory in Jerusalem, which shed light on musical issues and personalities in Palestine, the Arab nations and the wider world.

The first lecture was on "The importance of the Nai in Arabic music", and took place on 29 August 2019. The event was attended by Arabic music enthusiasts as well as music professors and friends and partners of the ESNCM. The lecture, presented by the teacher and Nai specialist Musa Abbasi, discussed the history of the development of the instrument and its importance in Arabic music, discussed the different sizes of each instrument in the set of Nais, and the varieties of Nai found in countries such as Egypt, Iran, Turkey and the Levant. Musa demonstrated different techniques and maqams, accompanied by percussionist Mohammed Salaymeh. He also talked about the musicians who contributed to the development of the Nai, such as Mahmoud Effat, an Egyptian born in 1935 who has several albums.

The second lecture was held on 6 September and was entitled “Wasif Jawhariyyeh in British occupied Jerusalem”. It was given by Dr Salim Tamari, a professor of sociology at Birzeit University and an adjunct professor at the Center for Contemporary Arab Studies at Georgetown University. Dr Tamari is the former director of the Institute of Palestine Studies - affiliated “Institute of Jerusalem Studies”, and editor of Jerusalem Quarterly and Hawliyyat al Quds.

The lecture introduced the audience to Wasif Jawhariyyeh, musician, composer and cultural commentator of the era of the British Mandate. Storyteller of Jerusalem: The Life and Times of Wasif Jawhariyyeh, 1904-1948, is the title of Jawhariyyeh’s memoirs, which were edited and introduced by Dr Tamari and Dr. Issam Nassar. The memoirs of Jawhariyyeh, who was born in 1897 in Jerusalem and died in Beirut in 1973, are among the rarest and most important first-hand documents that span over sixty years from 1904 to 1968. They deal with a sensitive period of the history of Jerusalem and the life of its people during the end of the Ottoman rule from 1904-1917, and under the British Mandate from 1918 – 1948. They include writings on the life, culture, music, and history of Jerusalem, lived and recalled from the daily vantage point of the street storyteller. 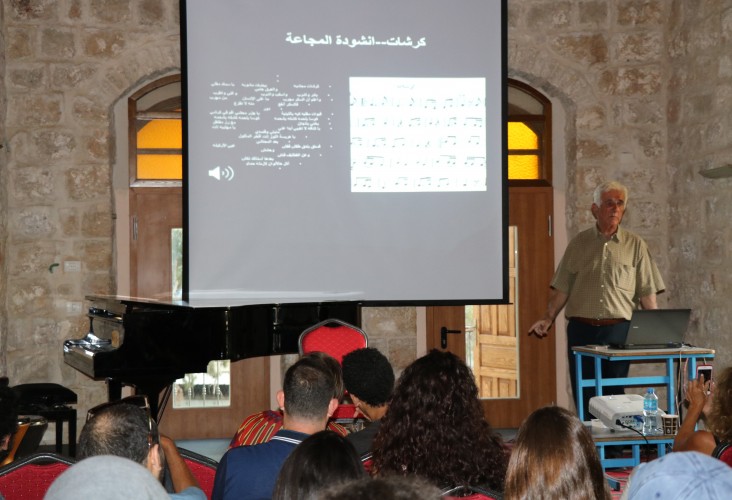 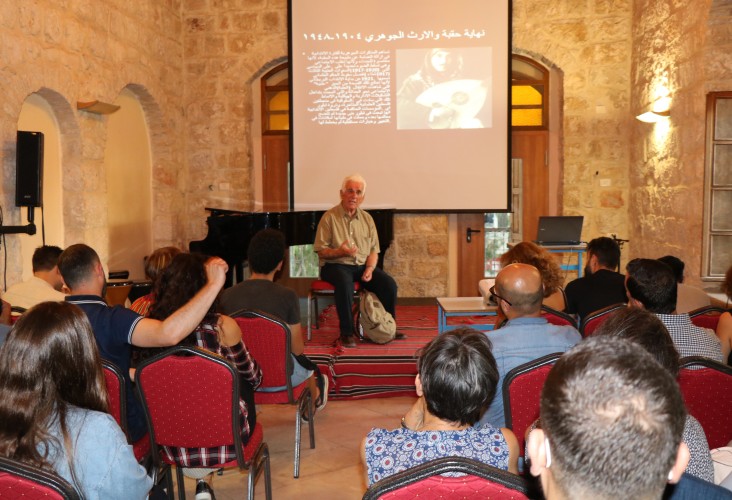 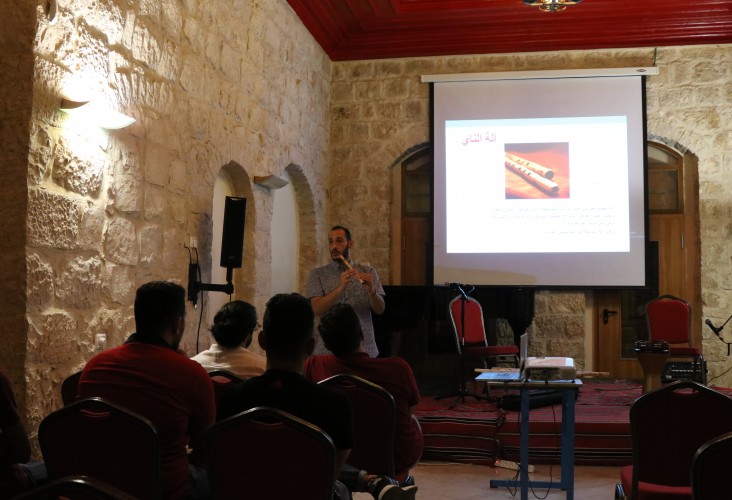 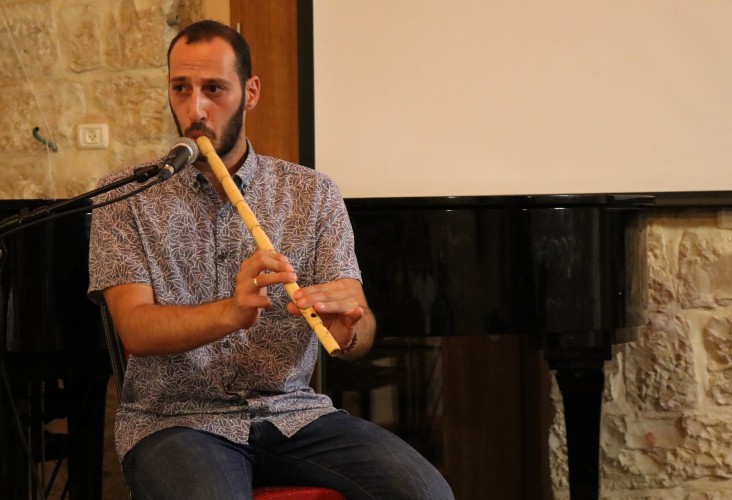